You are here: Home / Uncategorized / The Monks of Tibhirine make their way back to DC 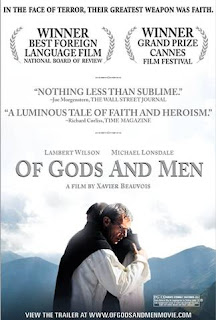 I’ve heard all about Of Gods and Men. Ever since it premiered (and won a Grand Prix) in Cannes, I’ve been reading rave reviews, had conversations with my parents about how I should really see it, watched it get picked as France official selection for the 2011 Oscars, watched it get snubbed by the Academy, read the reports that my countrymen were hurt that “Outside the Law” rather than “Of Gods and Men” was nominated and finally saw it win best film of the year at the Cesar ceremony in Paris. Throughout all this I failed to do two things: see the movie and realize that it has DC connections… Luckily it seems I can correct both of these oversights this week!

After being acclaimed by both critics and audiences in France, Xavier Beauvois’ latest film Of Gods and Men, has (finally) made its way to the U.S., opening last week in Los Angeles and New York. The film slowly made its way to the district and is (finally) opening in theaters March 11th. Finally. Now for those ties to Washington… Screenwriter Etienne Comar and director Xavier Beauvoir have called “The Monks of Tibhirine,” a 2003 book by  local author and historian John Kiser their “bible” while working on adapting the true story of eight Christian Trappist monks caught up in the 1996 Algerian Civil War to the silver screen. John Kiser will be available Tuesday, March 8th, to answer questions about the events portrayed in the film following a screening of “Of Gods and Men” at West End Cinema (the screening starts at 6:30PM). Organized by the National Press Club, the screening will benefit the Eric Friedheim Library. Tickets are $10 and must be purchased by Monday March 7th at 5PM. To do so, you can either call 202.662.7523 with your credit card information or drop by the Library. 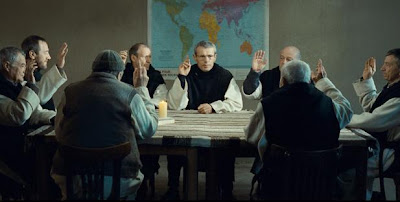 West End Cinema is located at 2301 N Street NW. If you cannot make it to the screening, Of Gods and Men will be opening at E Street Cinema and Bethesda Row on March 11. I, for one, am looking forward to finally making my own opinion on this film. Kiser’s perspective on the event, the film, its journey… well that’s just the cherry on top of the cake. Wait… do Americans use that expression or just the French? In any case, after making their way around the globes, the Monks of Tibhirine are coming back home to DC and I wouldn’t miss it!